When developing I love code-server, the docker, web based implementation of visual studio code.

Although I can use Visual Studio Code on the desktop, one of the benefits for me is, that using code in the browser forces me to do everything in code, there is no backdoor to run Ansible code in the LAB but through GIT.

Add the following line to /etc/apt/sources.list:

And voila. You can now run Ansible from a terminal window. This is not my use case though.

I use it so I can (de)encrypt files that contain secrets… yeah.. don’t tell anyone ;-). 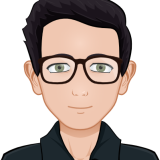 Love automation and virtualisation. Have a passion for programming.

Welcome to my blog. I have a passion for technology. I love testing out new things and write about that.